Briefly about our 50 years tradition Marjan accommodation is a family business that has been operating successfully for half a century. Located in the center of the city of Osijek, on the Drava River, just 70 meters from the main square in Osijek, Trg Ante Starcevica and the Cathedral of St. Peter and St. Paul.
The rooms Lišnić are novelty in our offer – we are proud that we can offer good quality accommodation within which there is also a Cafe Marjan where you can spend spare time with a game snooker, cards or darts.
Through this website you can book accommodation online and see rental prices and some information about us. We offer you quality and cheap accommodation in Osijek, with the option of online booking and lease payments with credit cards!In order to be able to relax and enjoy a game of pool and other fun games as part of Marjan accommodation Osijek there is a coffee bar where you can drink exquisite coffee or have a relaxing drink before or during a snooker party or some fun games.
Booking by the Internet does not obligate you, once we receive your information we will contact you by phone. If a reservation is at least one day in advance, we are able to provide you with free parking. See for yourself why we have the best accommodations. 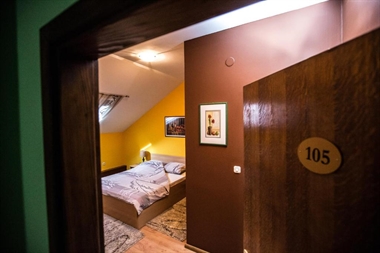 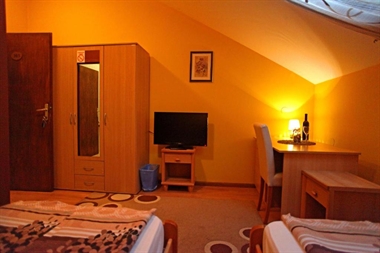 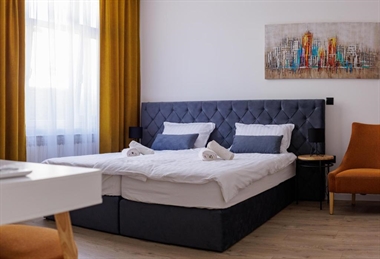 Briefly about the history of our city It is believed that the oldest prehistoric settlement in the city emerged on the coast of the Drava on now barely visible plateau which extends east-west direction in the northern part Retfala. During the prehistoric and early historic period in the territory now bounded Strossmayerova Street on the south, Petöfijevom the east and north, down the street from the west millstone were created, lived and vanished villages of many nations and cultures of the oldest Neolithic to the Middle Ages.
At the end of the first century BC, the Romans conquered almost the whole Pannonia. In this part of Pannonia slightly elevated on the right bank of the Drava river, formed an army camp Mursa . Because this is the largest wetland complex in Lower Pannonia was created in today's Lower Town. Included a rectangular area, namely along the Drava river in the north of the area
Customs in the west to the Ban Jelacic Square in the east and Frankopanska Street to the south. Assumed outside perimeter Mursa occupied almost 516,800 m2 .. (Mursa was completely abandoned in the year 441 after the invasions of the Huns.)
Late medieval Osijek was built in the area of todays Fort, west of the area where there was also a missing Roman Mursa. Although the new settlement existed for centuries in historical sources was first mentioned in 1196th in the document of the Croatian-Hungarian King Emeric, in Hungarian as Ezek. Osijek was visited by numerous merchants, travelers and visitors from remote areas since the mid-12th century Osijek is widely known market and place at which the crossing Drava. In the second half of the 15 century Osijek was able to have about 2,000 inhabitants. Most citizens were craftsmen (tailors, goldsmiths, blacksmiths, millers, furriers, shoemakers ) which covered only part of the needs of the local and provincial market. In addition to transport, shopping, crafts, and feudal administrative center of Osijek developed in very significant cultural center of Slavonia.